Downsview Park: Past, Present and Future

You might be surprised to learn that Downsview Park is one of the highest points of land in Toronto. In fact, this location has played a pivotal role in the area’s industrial development.

Downsview Park as we know it today officially opened in 2012 but the land’s rich history dates back much further. Indigenous Peoples have been in this area for more than 11,000 years and non-indigenous settlement began toward the end of the 18th century.

Over the years, many have cultivated and contributed to this land and called it home. The Park’s ongoing evolution pays homage to this treasured past.

Keep scrolling to learn more about our story or click the links directly below.

The land on which Downsview Park is now situated has been part of the Territory and Treaty Lands of the Mississaugas of the Credit as well as, the Anishnabeg, the Chippewa, the Haudenosaunee and the Wendat peoples for many generations and thousands of years. Prior to European contact, their ancestors occupied the lands north of Lake Superior and the area around Georgian Bay. They lived lightly on the lands they occupied and purposefully moved about the landscape harvesting resources as they became available. These lands helped to nourish people physically, emotionally, and spiritually, and have seen many uses through the years.

In 2019, Downsview Park opened its Sesquicentennial Trail, which serves as a visual interpretation of the Park’s history and Indigenous Peoples in the area. To learn more about the trail, click here.

For more information about the Mississaugas of the Credit please visit: http://mncfn.ca/

The Downsview community was settled after the founding of York in 1793. Many of Downsview's first settlers came to Canada following the American Revolution. In 1794, the first and largest grant of land in Downsview was made to John Graves Simcoe, the Lieutenant-Governor of Upper Canada, although the transfer was never acted on. Of the many settlers in the Downsview area, we know details of a few who owned land which became Downsview Park. In 1827, William Duncan came from Ireland to Downsview and built a homestead and farm on the land that is now 40 Carl Hall Road. The area around Dufferin and Sheppard became Dublin Village.

Members of the Boake family emigrated from Ireland in the early 1830s and settled in Downsview. Edward Boake and his wife, Sarah, owned a large parcel of land on which they built their house, “Locust Lodge,” named for the surrounding locust trees; their farm was north of it. Four generations of the Boake family made Locust Lodge their home until the land was expropriated by the military in 1951. Today, we call the land that was Locust Lodge “Boake’s Grove.” A single row of maple trees along the southern property line is all that remains of this farm.

In 1843, John and Caroline Bull settled on 81 hectares (200 acres) of land in York Township (outside of current Downsview Park lands) and called their home “Downs View.” The name was later adopted by the community as “Downsview.”

Prior to being a Park, this site was a military base. Before that, it was an aviation manufacturing centre. If you were here nearly a century ago, the air would still be filled with the sounds of planes taking off and landing!

Pilots back then were looking for flat and open spaces, and Downsview fit the bill perfectly. It was the highest point of land between the Don and Humber Rivers, which meant the winds were pretty constant and fog was rarely a problem. That’s what attracted the De Havilland Aircraft of Canada to the area. In April 1929, the company purchased 28 hectares (70 acres) of Downsview farmland next to the railroad tracks. They weren’t just going to fly planes here; they would build them as well.

De Havilland’s earliest success was the Gypsy Moth, a two-seater bi-plane used to train pilots. If you look to the north of the Park, you can still see the hangar that was used to build the Moths. The hangar was built in 1928 and it’s the oldest building on the site.

It wasn’t long before De Havilland outgrew the tiny hangar, and so the company began construction on what was then called Plant Complex One. In the late 1930s, as war clouds began to form over Europe, De Havilland ramped up production on planes for both the British and Canadian air forces. Five more buildings were added to the original structure of Plant One and production began on the Mosquito, an ultra-fast wooden bomber that historians have dubbed “the plane that won World War II.”  More than 1,000 Mosquitos were built in Downsview between 1941 and 1950.

Today, we know Plant One as Centennial College’s Bombardier Centre for Aerospace and Aviation. In 2019, the centre opened its doors to its first students, and it is quickly becoming a pillar of innovation for aviation and aerospace research. Two additional research centres are being developed at the University of Toronto and Ryerson University, and other industry partners have signed on to the project.

The days of building and flying planes at Plant One might be over but by preserving and repurposing this building, Downsview continues to play a critical a role in Canadian aviation.

Starting in the late 1920s, land in the Downsview area was used for airfields—Barker Field, the Canadian Express Airport and the Toronto Flying Club. In April 1929, the De Havilland Aircraft of Canada purchased 28 hectares (70 acres) of farmland along Sheppard Avenue West, where they built their own airfield for commercial operations. They began with a staff of 35 in a 1,858 square metre (20,000 square foot) plant next to the railway (now 65 Carl Hall Road).

Between 1936 and 1938, De Havilland added a paint shop, hangar and a main building south of the original plant (now the Downsview Park Sports Centre at 75 Carl Hall Road). De Havilland’s staff grew to some 2,400 employees. In 1942 alone, they produced 362 Ansons, 550 Tiger Moths and developed the Mosquito fighter-bomber. Shortly after World War II, de Havilland resumed its commercial operations. In the mid-1950s, in response to the onsite military expansion, De Havilland moved its operations southeast to newly constructed modern facilities where they reside today, neighbours to Downsview Park.

World War II was the beginning of the military’s interest in Downsview. In 1937, the Royal Canadian Air Force (RCAF) expropriated portions of the site to enlarge the airstrip and established the RCAF Station Downsview. At the end of the Second World War (1946-1947), the RCAF moved 400 Squadron (Auxiliary) to Downsview and with this relocation, it reformed 411 Squadron (Auxiliary) and built an Air Material Base at Downsview (expropriating 270 properties).

In 1952, the Department of National Defence acquired de Havilland’s land and buildings at Downsview. The RCAF built barracks, headquarters and maintenance buildings on the property between 1952 and 1956. Enlisted soldiers and their families lived in Stanley Greene Park, while the families of commissioned officers lived in William Baker Park.

Around this same time, the RCAF built the No. 1 Supply Depot at what is today 40 Carl Hall Road. It was designed to withstand the most powerful non-nuclear ballistic missile of 1951. Covering 7.5 hectares (18.5 acres), it had its own external train that delivered supplies, and an internal train that moved the material around the building. Housed beneath the supply depot is a 4,547,000-litre (1 million-gallon) stormwater reservoir, which was used to provide water for fire control. A vehicle re-life and repair depot was located at Downsview, as were 436 Transport Squadron, VC 920 Squadron of the Royal Canadian Navy Reserve, as well as 400 and 411 Air Reserve Squadrons.

The base was also responsible for providing administrative and technical support to the Defence and Civil Institute of Environmental Medicine, the RCAF colleges as well as the Toronto Militia District and the Cadet League.

In 1960, RCAF Toronto disbanded and became RCAF Downsview. Following the unification of the Royal Canadian Air Force, the Royal Canadian Navy and the Canadian Army as the Canadian Armed Forces, in 1968, RCAF Downsview was renamed Canadian Forces Base Toronto. In 1962, the Department of Defence expropriated the lands adjacent to the Downsview Airport and closed four kilometres of Sheppard Avenue between Dufferin Street and Keele Street. They then allocated 26 metres (85 feet) of land to the north of the airport to North York to build a highway to replace the closed section of road. What was once Sheppard Avenue became Carl Hall Road in the military base.

In 1995, the federal government decommissioned the Canadian Forces Base Toronto and announced that the land would be set aside for development, recreational and broader public uses. The base formally closed on April 1, 1996. Although Parc Downsview Park Inc. (PDP) was established in 1999 to build and operate Downsview Park, it wasn’t until 2006 when PDP gained administrative control of the land that significant steps could be initiated to develop the Park. The Park will continue to evolve over time as Canada Lands Company continues to reintegrate this former military property into the fabric of Toronto.

The Design of Downsview Park

A wide-reaching community engagement process was launched to develop the vision for the Park, and an international design competition was held in 1999. The competition saw 179 entries from 22 countries, leading to five short-listed teams. In 2000, the jury unanimously selected OMA/Rem Koolhaus and Bruce Mau Studios for their submission “Tree City". Their proposal offered a formula to develop programmed and unprogrammed space over time that would be informed by the site’s ecological and environmental conditions while flexible enough to respond to the community’s changing needs. Based on this plan, Downsview Park was established as a 81 hectare (200-acre) centrally located urban green space. The 37 hectares (91 acres) of active area would include the Park Commons and be surrounded by five emerging neighbourhoods.

Tree City identified the following foundational elements, which today, all form part of the Park.

The Action Zone,  which includes:

The Cultivation Campus at the south includes:

Downsview Park is always growing and evolving! Several additions have been made to the Park since 2012, including:

Investing in the Park

There is so much to do at the Park! Over the last 10 years alone, Canada Lands Company has invested over $100 million and checked many things off the community’s wish list for the Park including a new playground, more programming, a free public space, more trees, better wayfinding, a year-long public art program – just to name a few! See for yourself why Downsview Park is the heart of its community. 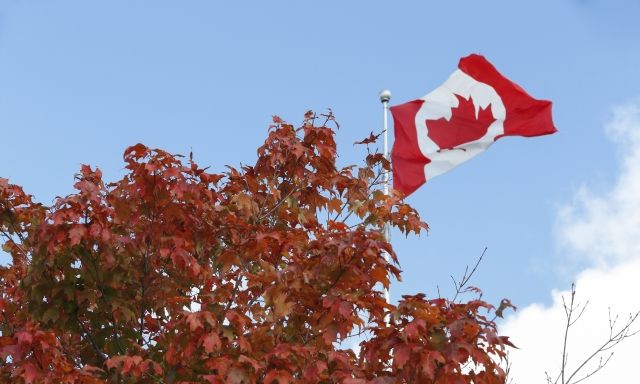 Canada Lands Company enriches communities and embraces the potential of the places and spaces it owns and operates. The company works with Canadians, for Canadians, to enhance the places where they work, live, learn and play.

Here’s what people are saying about their visit to Downsview Park!

“What a day – I was walking on sunshine! Downsview Park has really evolved with so many

“During these challenging times, I find Downsview Park programs provide a unique opportunity to socialize, connect with my community and exercise in a natural and safe environment. Thank you for your innovative efforts to meet our needs.”

“The highlight of the trip was the opportunity to visit such a beautiful park about 20 minutes from our school and to spend the day outside exploring with our students. The Discovery Centre's

teachers [and] instructors work very well to make the day enjoyable for everyone. The

adaptive playground is absolutely perfect for my students with autism.”

“We really enjoyed the Friday Night Lights movie and the experience! Thanks to all who

“We take our dogs to Dogsview Park every morning for their walk and run. The park is amazing – you have done a great job making it accessible to everyone.”

*Some comments have been edited for length and clarity.